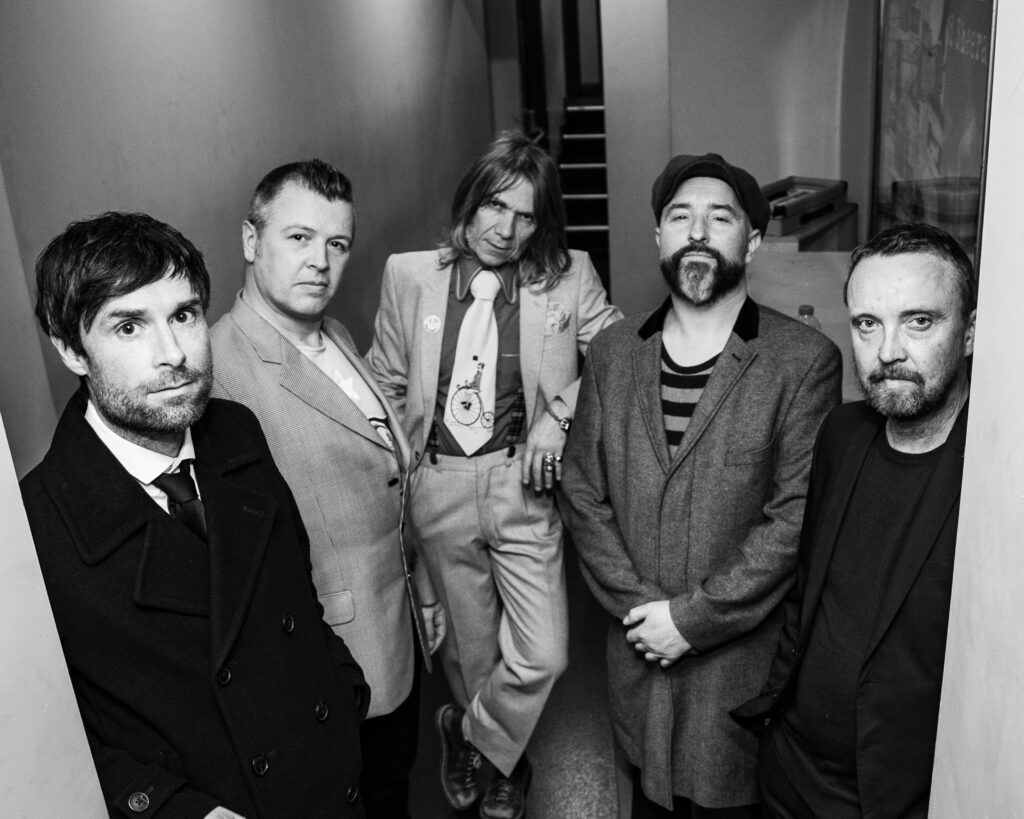 The Pale formed on Dublin’s Northside in 1990 but drew their influences from far beyond.
At the time the band were part of the burgeoning busking scene on Dublin’s Grafton street,
before advancing to performing across Irelands many music venues and attracting the
attention of a large quantity of record labels all extremely eager to sign them.

They released their debut album ‘Here’s One We Made Earlier’ in 1992 which featured the
hits ‘Butterfly’ and ‘Dogs With No Tails’ followed by tours way off the beaten path in Russia,
Japan, Eastern Europe as well as time spent touring with an alternative circus, constantly
perfecting their energetic live show that the band has become well known for, while they
continued to release a string of albums that effortlessly skip between style and genres.

2019 saw them release the critically acclaimed album ‘Merciful Hour’, Followed by shows
across Ireland to promote their new album, as well as numerous festival appearances
including closing out the Friday night of Feile 19 in Tipperary. while November 2019 saw
their hit single ‘Dogs With No Tails’ being featured in Season 2 of the BBC hit series ‘The
Young Offenders’ which was followed by their first UK tour in years. While recently the band
celebrated 30 years in the music industry with their first ever Best Of collection ‘Paleanthology’ which featured many of the bands best known songs as well as reworkings of some of their early hits. 2022 will also see the band celebrate the 30 th anniversary of the release of their debut album ‘Here’s One We Made Earlier’ with a nationwide tour.

‘Performing ‘Here’s One We Made Earlier’ in 2022 is something that would have been hard
for us to imagine in 1992. It is humbling to think that people still want to hear these songs.
Believe us when we say that it feels like a privilege to play these 30-year-old songs for an
audience. Some songs from the album have evolved and have been reimagined over the
years and some songs haven’t changed at all, but all of them feel newly reinvigorated by this
tour. We cannot wait’ – Matthew Devereux/The Pale