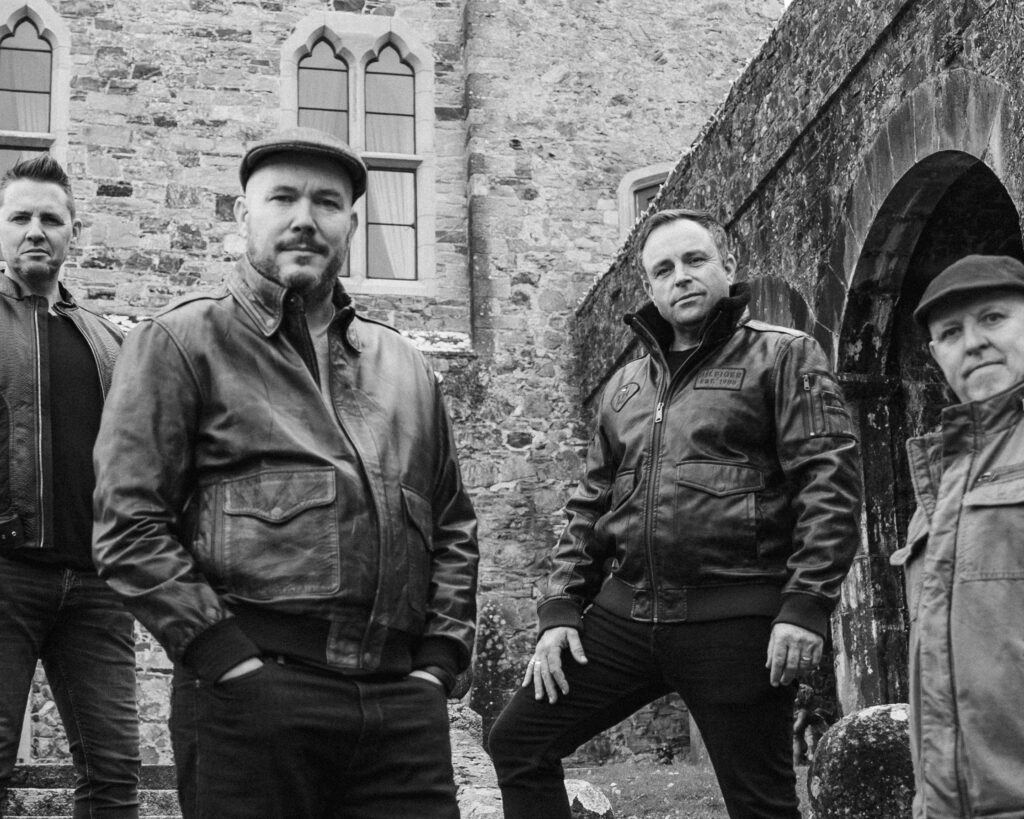 Join The High Kings as they take to the stage at Sea Church, Friday 1st of July.

The High Kings are Finbarr Clancy, Darren Holden, Brian Dunphy and newest member Paul O’ Brien. The High Kings formed in June 2007 when Brian, Darren, Finbarr and former member Martin Furey were asked to join a brand-new Irish ballad group by David Kavanagh after he had noticed a gap in the market for a band specialising in traditional Irish music.

It didn’t take long during their first studio rehearsal for them to realise that the way their individual voices blended together meant that they were onto something special. The High Kings play 13 instruments between them, creating the unique sound and atmosphere that they still showcase to this day. This was confirmed when their self-titled debut album reached number 2 on the world Billboard Music chart. In March 2009 The High Kings played 5 consecutive sold out shows to a packed audience in Dublin’s Olympia Theatre.

Towards the end of 2009 The High Kings licensed their second studio album ‘Memory Lane’ to Universal Music Ireland signifying the fast trajectory that the band had taken in their short lifespan.  ‘Memory Lane’ was released in February 2010 and after a successful Irish tour the album went platinum in June only 4 months after its initial release. They followed ‘Memory Lane’ with a ‘Live in Ireland’ album which received critical acclaim as it showcased the energy that the band brings to the live shows.

By 2011 the band had out grown the venues they had been previously playing and had to start playing larger venues not only in Ireland but also in America and across Europe. Many fans became regular faces as they effectively followed the band on their sold-out tours many crossing oceans and borders through-out the world just to see their favourite band perform live. People loved what they were doing; bringing a new take on traditional Irish ballads to audiences of multiple generations. In 2013 the band licensed their forthcoming album ‘Friends for Life’ to Sony Worldwide, another indication of their global appeal. ‘Friends for Life’ featured 8 original songs written and composed by the band and was released in 2013. Taking their original songs on the road was a new and exciting milestone for the band and it wasn’t long before the likes of ‘Oh Maggie’ and ‘Irelands Shore’ were being sung back to them by the audience.

November 2014 marked another milestone for the band when they recorded ‘Four Friends Live’ at the Millennium Forum in Derry which was their first joint CD/DVD and the first live DVD recording since the debut DVD ‘Live in Dublin’ in 2008. The early part of 2016 was spent back in the studio recording their ‘Grace & Glory’ album. The album charted at number 1 on the Irish Indie charts and was very well received by critics and fans alike. The rest of 2016 and early 2017 was spent extensively touring the new album. Over the past 12 years The High Kings have released 4 studio albums, 2 live albums and 2 DVDs. In 2017 they released a compilation album ‘Decade’ which celebrated 10 amazingly successful years together and also included 5 brand new recordings.

In 2012 they performed for President Obama in Moneygall, this led to a personal invitation from the president to perform at the 2012 White House St. Patrick’s Day celebration. They flew directly from London where they had already been the headline act for the Lord Mayor of London’s St. Patrick’s Day concert. In 2015 The High Kings were invited to the Pentagon as guests of General Martin Dempsey, who is the Chairman of The Joint Chiefs of Staff. They performed alongside the US Marine Corps band marking another special occasion for the band. To celebrate the 20th anniversary of the Irish Rugby anthem ‘Ireland’s Call’ the band were asked by the original composer Phil Coulter to record their own version which was subsequently included in the TV3 documentary.