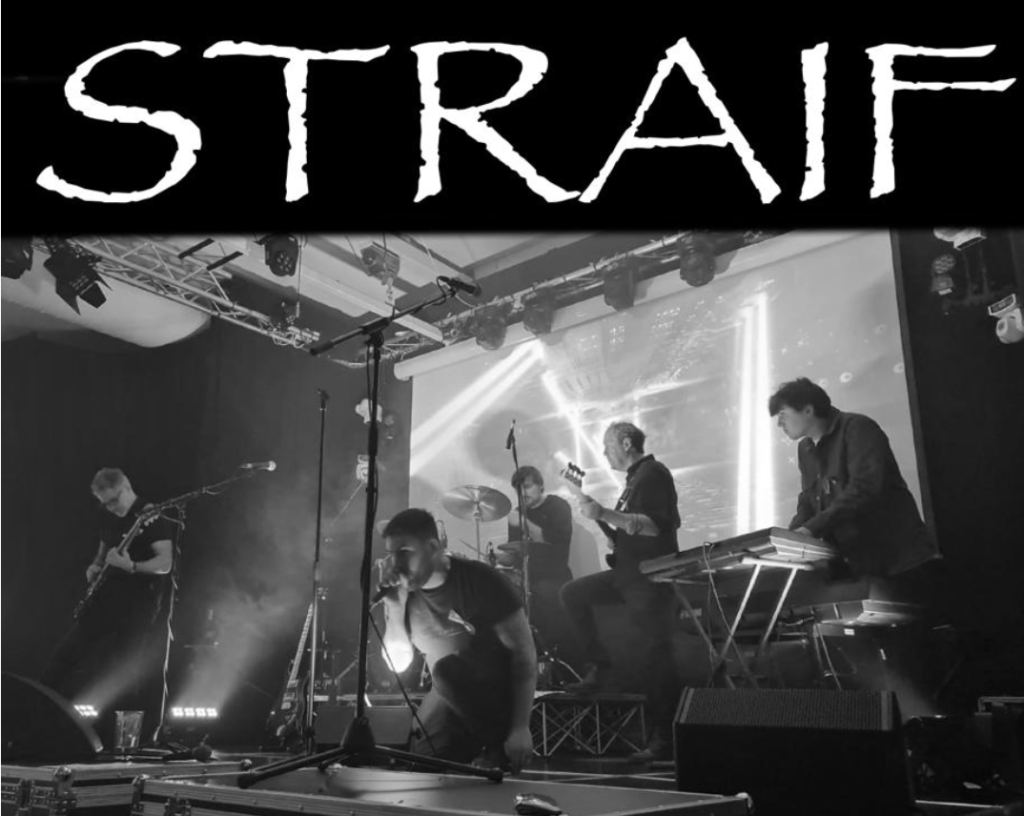 STRAIF are a new alternative rock band based in Cork. On the 25th of February 2023, at the fabulous Sea Church venue, Ballycotton will play host of their album launch.

STRAIF formed in December 2019 and have been dedicated to writing beautiful energetic original songs. Finally, after a patient wait, the time has finally come to enable them to share their music.

The band have a quite impressive experience background. Between them they have played a mammoth amount of gigs both national and international, and have featured on many albums and recordings. spanning the last few decades.

Ross Daly was the lead singer of That Falling Feeling where he met Nono Presta (ex guitarist of the acclaimed rock band Cyclefly).

With his previous band Cyclefly, Nono had great success touring throughout Europe and America with bands such as Tool, Bush, Live and Linkin Park. They were placed on the ‘Best New Artist’ list of NME and Kerrang! and were the only Irish band to play Woodstock in 1999.

Ross has a unique vocal style being both very powerful and beautifully melodious. He is a prolific songwriter and has penned the lyrics of the album based on intense personal experiences and observations. Every song has a meaningful message and story behind it.

That vast talent and experience has been carried forward with Ross and Nono collaborating over the years and forming STRAIF.

Lawrence Sweeney, former bassist with The Sons of Steve McQueen was invited to audition and in his words, “I realised there was something special was happening in the room when we played music.” Lawrence, a very symphonic bassist, brought a new layer of refrain for Ross to play with, helping develop the compositions giving immense drive to the songs and performance.

Peter Byrne took on the role as the drummer, who brings a sophisticated, very well considered and powerful sound to the band. After years of extensive touring with Marc O’Reilly who signed to Virgin Records, Peter settled back into college and earned his Masters in Music in 2022. He has performed at big name festivals like Electric Picnic, The Great Escape and Eurosonic while touring Europe and showcasing at the Folk Alliance in America.

Last, but not least, is an up and coming musician – Angelo Presta who sits behind the keys. Angelo is already making waves with collaborations including recent releases with artist Conor Kane. Angelo, an accomplished musician, has worked effortlessly with the amazing Cork producer Christian Montagne on the mixing and production of Straif’s new debut album.