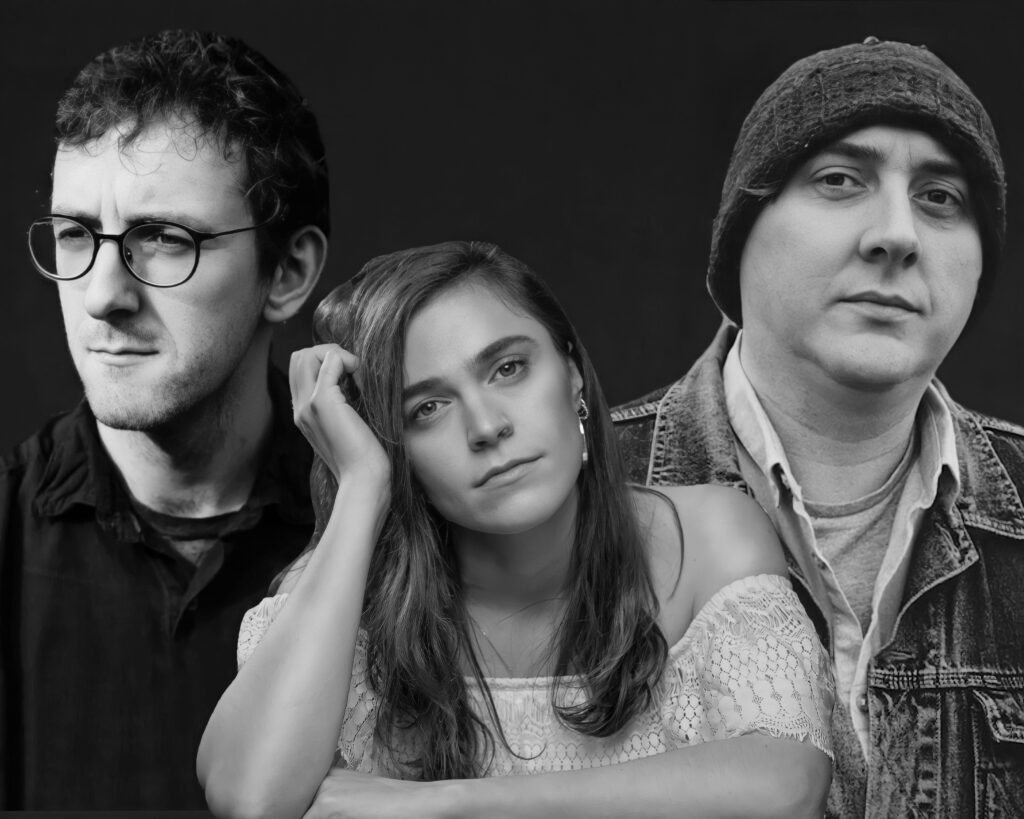 Join us in Sea Church on Sunday 31st July for a multi-artist show. Find out a little bit more about each artist below.

Blek is an artist with a story to tell. With his timeless emotive voice and layered fingerstyle guitar you will be transported from scene to scene as his expansive songbook unfolds.
John Blek is Cork City born and bred currently residing only a mile or two from his childhood home but listening to his music you can hear the influence of travel and experience. His parents, both of whom were primary school teachers, had to bribe him to stay in school after his 16th birthday with the promise of a new guitar on the completion of his final exams. Such was John’s belief in his ability and chosen path in life that he was willing to forgo the more traditional education sought by his peers. This conviction carries through to his art. His music is written from such a personal place that it creates the sense that he grew up with these songs, that they are in his blood – and in a way he did, they are his thoughts, his words, his sounds and his stories. Though not all autobiographical, like many of the great
painters, an element of the artist exists in every portrait.
While Blek is a solo artist he regularly collaborates, and indeed will write new music with collaborators in mind. As a result, it never feels like another artist is merely gate crashing his music instead it works as a beautiful harmonious meeting of artists who understand each other. Recent collaborations include Kris Drever & Kit Downes who both join John on his album “On Ether & Air”, Joan Shelley who embodies Laura, one of the characters in Blek’s duet “The Body”, Nathan Salsburg of the Alan Lomax Archive who, with John is currently investigating lesser known folk songs that traveled from Ireland to America in the mid 1800s with the support and funding of the `Arts Council of Ireland and fellow Corkonian Mick Flannery who duets with him on Revived a single from the 2020 album “The Embers”.

Newcomers to Paddy Dennehy’s music have a tendency be blown away. His first ever gig in Dublin
was performing on ‘The Late Late Show’ after their booking team stumbled across him on YouTube.
His first time playing his own material in Cork was a personal invitation from Glen Hansard to join
him onstage at the Everyman Theatre after hearing him play ‘Hard Times’ on an old upright piano at
the back of Benner’s Hotel in Dingle. The first full band show to a mesmerised audience at Electric
Picnic’s ‘Trailer Park Stage’ left no one in doubt that they were seeing the beginning of something
quite special indeed.

Performing with some of the greatest acts in Ireland and abroad (Imelda May, Mick Flannery,
Lisa Hannigan to name a few…) has provided something of a steep learning curve for Paddy. “I
remember coming away from the gig in King John’s Castle in Limerick after supporting Imelda May
thinking ‘Jesus, I think I might have something good here, but ‘good’ isn’t enough. My songwriting
needs to get better, I have to work on my voice and my delivery if I want to keep performing on that
level.” This assessment led to many recordings being scrapped, songs taken apart and pieced back
together and every aspect of the show being subject to scrutiny. “It took a long, long time for me to
get a grip on what I want to do and how I wanted to deliver it.”

Paddy Dennehy’s debut album “Strange Wings” was released in early 2020. References to
Nick Cave, Randy Newman and Leonard Cohen can be heard throughout the album suggesting a
classic school of songwriting where each lyric has clearly been carefully chosen and every melody
crafted with the utmost care in pursuit of the timeless song.

Irish songwriter Lorraine Nash has been steadily building her audience since the release of her debut single ‘Wildflower’ in 2020, quickly attracting the attention of Ireland’s music industry with her evocative songwriting and stunning vocals, while receiving praise for the lyrical beauty of her songs. Lorraine has built a loyal fan base with a string of stunning performances and signed to FIFA Records, after wowing during a set at Cork Opera House at the end of 2020. Since then she has been teasing new music from her upcoming debut album, due out early 2022.