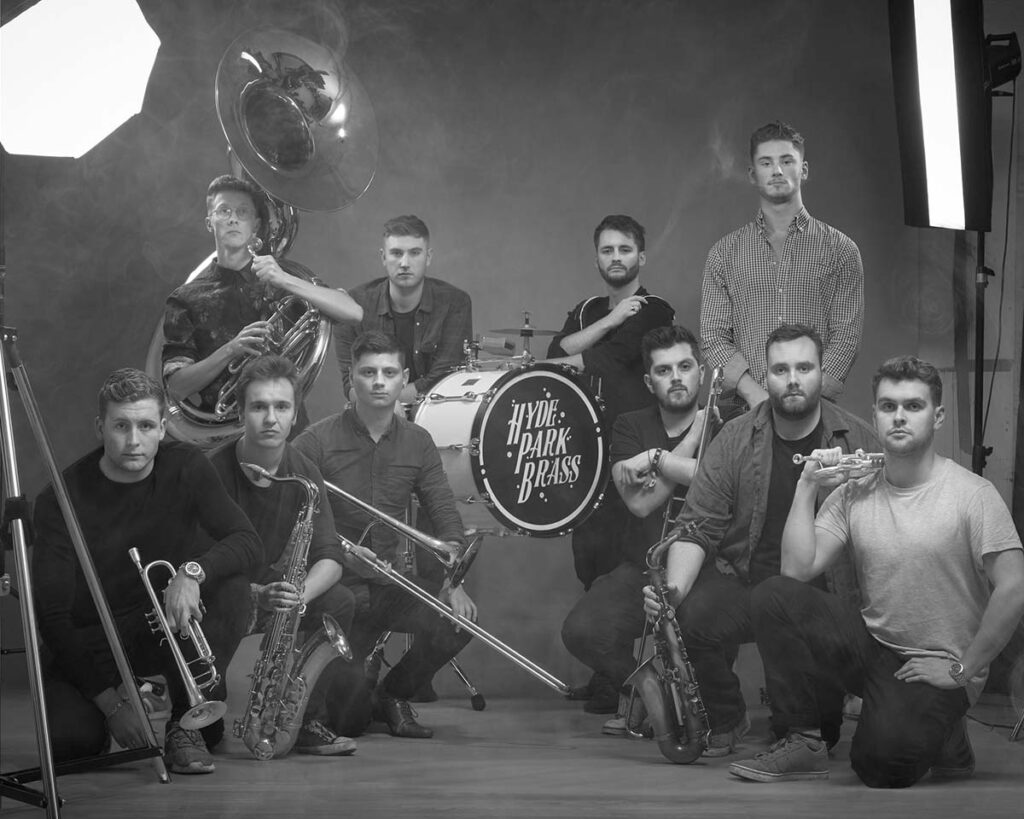 Hyde Park Brass was born in 2015 as the product of a one-off performance at the University of Leeds. The boys immediately decided there was more to the band than just one gig, and that’s where the journey began. Building their name around their home city of Leeds, Hyde Park Brass started to curate and develop a repertoire combining a range of varied musical inspirations. This culminated in the production of their eponymous debut album in 2018, and since then the boys have expanded nationwide, bringing their unmistakeable style to audiences across the UK and beyond. Through collaboration with various producers and the introduction of high end tech, Hyde Park Brass aim to lift the lid on the brass band scene and lead audiences to reimagine all of their preconceptions of the genre. Hyde Park Brass return to Ireland this May for their first Irish headline ever! Having first arrived in 2017 for the Cork Jazz Festival these rowdy lads just can’t keep away. Expect Beyonce, Shakira, Gala and much more. But most importantly expect an evening that you won’t be forgetting for a long, long time!!