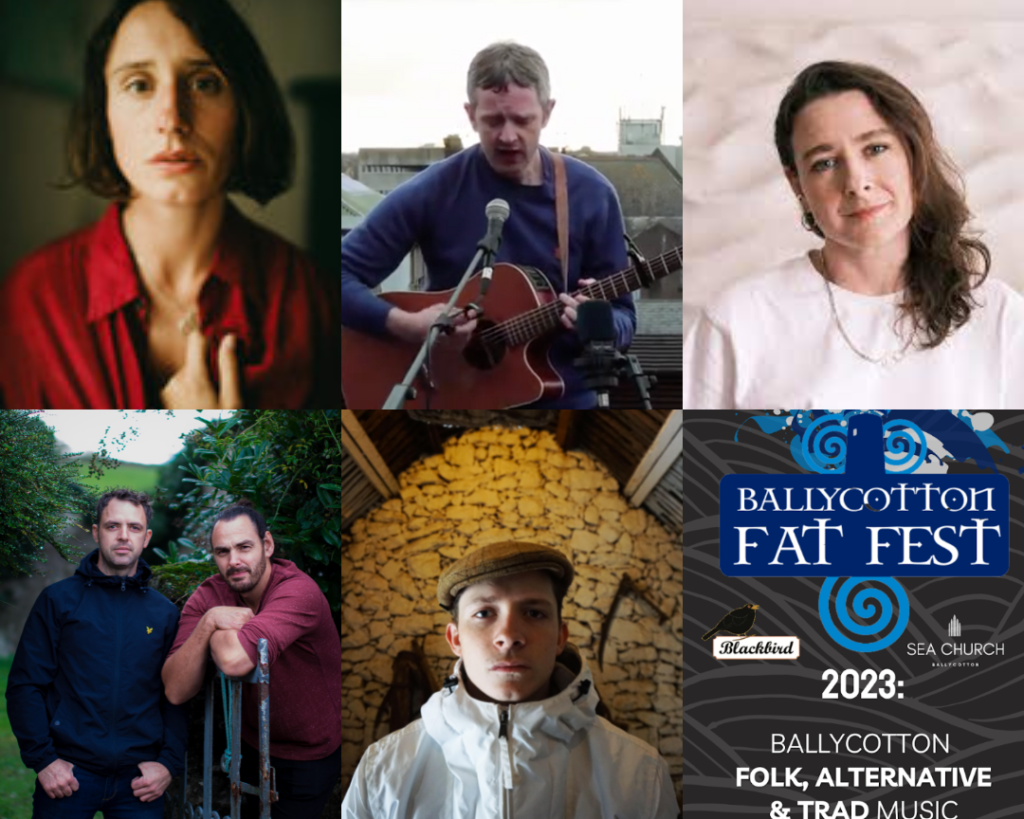 Irish singer and guitarist Síomha (pronounced She-vah) dances the line between folk, jazz and neo-soul effortlessly taking audiences on an unexpected and unforgettable journey with her soulful melodies. Her debut album ‘Infinite Space’ is a collection of songs in both Irish and English and is set for release in 2022. A kind of cosmic, folk-informed, jazz-tinged, post-pop – it was produced by Grammy-nominated Tyler Duncan and features an all-star lineup of musicians including Joe Dart (Vulfpeck), Louis Cato (Bobby McFerrin/ Snarky Puppy) and violinist Jeremy Kittel (Bela Fleck/ Chris Thile). Síomha’s voice is full of raw heart-felt experience.

When listening to her, audiences are instantly moved to feel on the deepest level and come out more intimately connected to their own worlds. Coming from a family steeped in music, Síomha grew up on a diet of musical greats with the sounds of jazz, trad, folk and soul creeping in and leaving an indelible mark on her musical tastes and influences.

She started playing guitar at age 10 but it was later in her teens while attending high school in the south of France that she first took up jazz guitar after a chance encounter led to her learning from an Italian gypsy who taught her the manouche gypsy jazz style. The chords and sounds of jazz fascinated and inspired Síomha and she began to craft her own songs. The next few years saw her traveling, with music as her compass, soaking up the sounds of each of the places she travelled and further honing her craft. In late 2016, having traversed America, Canada and Mexico, she felt an innate draw to return to home shores and a phenomenal few years have followed. Síomha toured with Paul Brady, Wyvern Lingo, Moxie, Joey Dosik (Vulfpeck), Notify and has performed at festivals such as Electric Picnic, Celtic Connections (Glasgow) and Fête de la Musique at Centre Culturel Irlandais in Paris. In 2018, she was invited to tour with celebrated contemporary American-Irish group the olllam and instantly formed a bond with founding member Tyler Duncan. In 2019, Síomha and her long term creative collaborator Martin Atkinson began recording her debut album in Michigan, USA with Tyler as producer.

Síomha is an artist full of heart and her music truly does defy any conventional genres. The influences of her musical background, her travels and musical explorations are audible in the music she creates. Always proud of her Irish heritage, she performs her songs in both the English and Irish languages. The beautiful landscape and rugged nature of her native West of Ireland are a huge source of inspiration for this proud Co. Clare artist leading her to create a soulful and unique style of music that enthralls anyone who hears it.

Strange Boy is a 1000-year-old poet channeling through the body of a young man from Limerick. With hard hitting, thought-provoking lyrics, his unique mastery of flow renders him one of the most important rappers of our time. Strange Boy combines hip hop and Irish traditional music, the old and new cultural influences dominant in this country, with a sophistication that would have you swearing this genre always existed.

It’s been an incredible 12 months for the rapper who released his debut new album HOLY / UNHOLY produced by Enda Gallery in Kilfenora, Co. Clare, on June 25th via Welcome to the New World and featuring the Grammy award winning voice of Clannad; Moya Brennan.The album received extraordinary critical acclaim with Hot Press naming it in their top 6 hip hop albums released anywhere in the world in 2021 and was ranked in the top 6 Irish albums of the year by both Nialler9 and District Magazine. He is a new artist for a new generation in Ireland, singled out by District Magazine as a “national treasure”.

This chapter of his career began following a powerful performance at Make a Move Festival in his home city of Limerick when Strange Boy began working with Rusangano Family and Naive Ted on his debut mixtape Passionate Example. Making waves at home and abroad, he made an incredible appearance on The Tommy Tiernan show, collaborated with PX Music artists and featured on Enda Gallery’s single ‘It’s Alright’, which went onto feature on BBC series Normal People.

Strange Boy, as well as in the ‘Ireland in Music’ series which was broadcast on PBS in the United States as well as The Great Escape Online Festival, has played at festivals such as The Great Escape, Sionna Music, Doolin Folk,It Takes a Village and has confirmed a headline show in his hometown Limerick on 28 th Nov (Dolans) before leaving for a USA tour in March 2022.

Strange Boy has worked hard to deliver his unique mastery of flow and insightful perspective over the past few years. .

“The dominant sense is of an artist trying something that hasn’t been done before (or if it has, not with such vital character).” – Tony Clayton Lea (The Irish Times)

“For the first time, the music of youth meets the callings of Ireland’s musical past in a way that is not only convincing but powerful beyond measure.” – Cailean Coffey (Golden Plec)

West Cork native Molly O’Mahony’s power lies in her ability to feel deeply and to convey that feeling through her words and her voice. Her main mark on the music of Mongoose, both in writing and performance, is the raw emotion at its core. The pandemic gave rise to an opportunity, when she returned to her home place of Ballydehob after a decade of living in Dublin, with nothing but time, a guitar, and a broken heart. With a back pocket full of personal songs – extensions of her compulsive journaling habit and products of all the life she had lived – she was compelled to step out, strip it all back, and make an album that reflected her particular emotional experience of moving through the world.