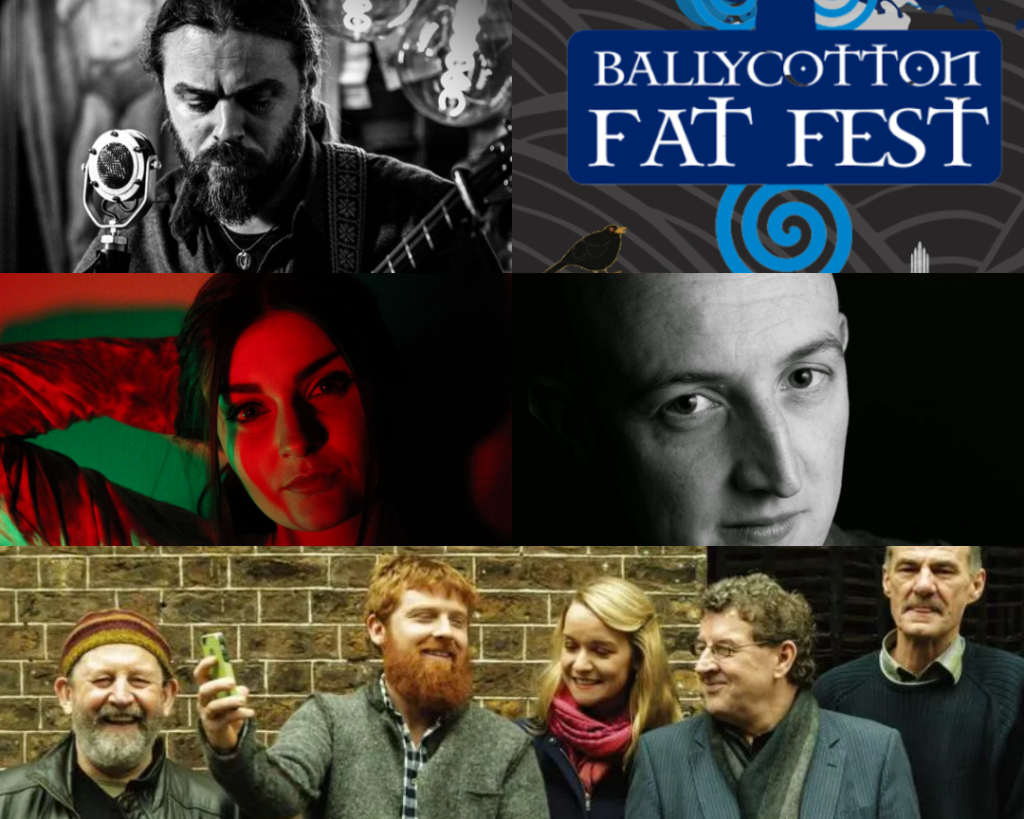 Stockton’s Wing is a collective of musicians hosted by founding members Mike Hanrahan and Paul Roche. For the past five years they have been joined by fiddler extraordinaire Tara Breen, Banjo and mandolin Karol Lynch and guitarist Paul McSherry. More recently, Stephen Byrne on percussion has been added to the line-up. They are highly respected for their innovation, musicianship, and creativity. Their performances are always exciting.

Their sound is unique, often described as electric and eclectic, steeped in the Clare tradition yet forever stretching beyond the boundaries of Irish music.

Their song Beautiful Affair was voted into RTE radio top 75 Irish songs of all time.

Already a Grammy nominee, an ‘Irish National Folk Album of the Year’ winner and also well renowned for his original contemporary Ballad music, Myles can claim a rapidly-growing fanbase, which resides upon every continent across the world.
Myles has released 3 albums, as well as a multitude of singles and EP’s, and his live performances have been broadly acclaimed all over Ireland.

Myles takes his inspiration from the extraordinary lives and the extraordinary people whom he has met along his musical journey.
Many of his songs reflect his working class background, and his experiences from growing up around the streets of Cork City.

Myles is a Social Activist, and he has helped many groups and individuals through his musical work.
His passion for his Locality, his City, his County, and his Country is very obvious when you listen to his music – and Myles is very committed to continuing the strong tradition of great Cork song-writing.

As the world returns to normal, Myles is looking forward to sharing his brand- new album named ‘Soldier On’, and has already started touring within Ireland – with Europe and further afield to follow.

Her first release ‘You Were Human’, released on May 28th 2021 tackles how the justice system treats victims of sexual assault and rape. With this song she hopes to raise awareness about rape culture and to help those affected by it to find their own voice. 10% of any profits made from the song go to the Rape Crisis Network of Ireland.

She believes music plays an important role in how we can reach people, to inspire change, to highlight certain issues, and start important conversations.

Her second single, ‘Lost’, was released in December 2022, in collaboration with newly launched Irish Whiskey of the same name, which embraces the importance of being in the moment and letting go of societal expectations.

Cork based musician Eoin Jordan has been a well-known face on the Cork music scene for the last 20 years. He is a folk singer, multi-instrumentalist, song writer, and tune composer. June 2022 saw the release of his debut solo album “Hand me Down the Moon”, a mix of self-penned and traditional material, featuring some of the finest musicians in the Cork area.

A former member of The Ceili Allstars, The Diviners, and David Hope & the Henchmen, he is equally at home playing contemporary and traditional music. Influences include Folk & Traditional Music, Blues, and Rock. He has performed and shared a stage with acts including John Spillane, Steve Cooney, Mary Coughlan and Ultan Conlon, as well as recording with many different acts including Hank Wedel, David Hope, Goldfish Syndrome, Street Corner Messiahs and John Leo Carter