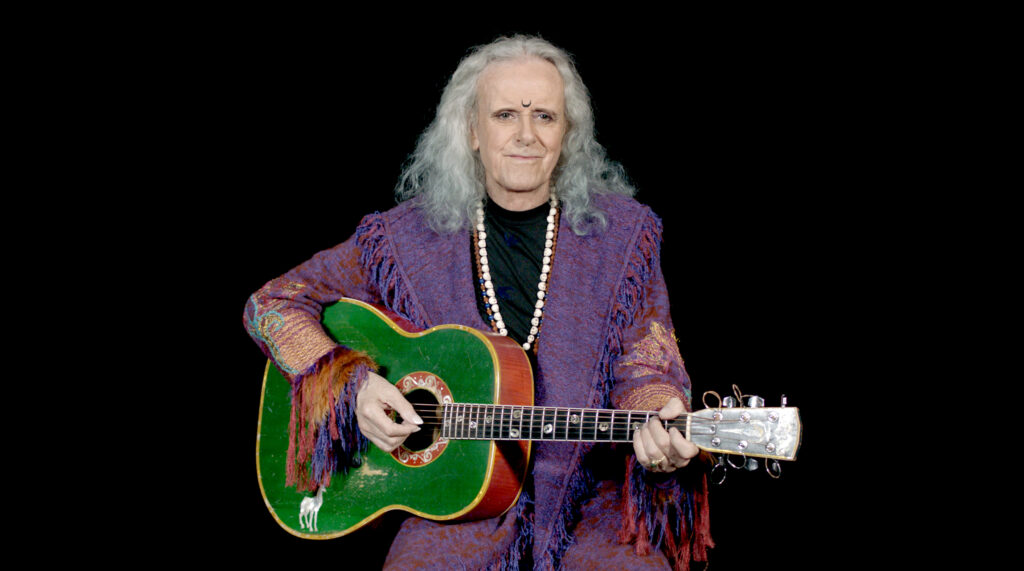 Donovan will be performing in The Sea Church, Ballycotton on Friday 14th April playing all of his hits including Catch the Wind, Colours, Sunshine Superman, Mellow Yellow, Universal Soldier, Atlantis, Jennifer Juniper and Hurdy Gurdy Man…

This iconic artist brings his new tour and album (called Gaelia- listen to the new album by clicking here) to Pavilion Theatre for a special intimate acoustic show – and will be playing all of his hits including Catch the Wind, Season of the Witch, Hurdy Gurdy Man, Colours, Sunshine Superman, Mellow Yellow, Universal Soldier and Atlantis.

Rock ‘n’ Roll Hall of Fame inductee and Ivor Novello winner Donovan Leitch is widely regarded as one of the most influential songwriters and recording artists of all time.

His masterwork Sunshine Superman (1966) influenced his friends The Beatles’ album Sgt Pepper’s Lonely Hearts Club Band, and led the way for many other artists. It is now history that Donovan became the tutor of The Beatles on their famous trip to India, where he taught John, Paul and George his “finger style” guitar and many unique chord patterns that would inspire songs like Julia, Blackbird and Something.

Donovan, in his songs of innocence, has been compared to Blake; his metaphysical songs to Donne and Herbert; his Gaelic–Celtic songs to Yeats; his Yoga songs to the Vedic Hymns; his jazz-classical compositions to Ellington and Lewis; his poetic public appeal to Auden.